With more than twenty years of existence, CCIE certification (Cisco Certified Internetwork Expert) still attracts the attention of many professionals with a high degree of specialization and is still a determining factor in the choice of human resources to occupy prominent positions within companies, especially those who are Cisco Gold partners or those looking for that rating.

To get an idea of ​​the growth potential of this demand, in Brazil we have 20 Gold partners against 149 in the United States – and with an even greater volume of specializations when compared to Brazilian companies.

What Exactly Is CCIE Certification?

Many professionals in the area still demonstrate a certain lack of knowledge about the dimension and even the idea around this certification. To solve this problem, we will present a summary of what exactly it is about.

To obtain certification, it is necessary to pass in two stages: the first is the execution of a two-hour theoretical exam called “Written Exam” (following the same scheme as other Cisco exams), containing between 90 and 110 questions and with the cost of $450.00.

After being approved in this first stage, the candidate has 18 months to complete the second stage, called “Lab Exam”, where he will have access to a variety of technologies (associated with the chosen vertical) and must demonstrate all his practical mastery by developing a number of configurations on real equipment. The cost of the “Lab Exam” is $ 1600.00 per trial. This second stage is not applied in Brazil, being necessary to travel to another country (USA, for example) to perform it.

Some peculiarities are applied based on the chosen technology vertical. In the case of Enterprise Infrastructure, for example, the CCIE EI lab is divided into two stages: “Troubleshooting Section” and “Configuration Section”. In the first, for two hours, the candidate must certify his knowledge in solving problems, while in the second his knowledge about how to configure the equipment is evaluated.

During the Lab Exam it is possible to have an idea of ​​how the candidate’s score is progressing, since each question informs its associated number of points, unlike the “Written Exam”, in which the number of points per question. The result of the Lab Exam comes out approximately 48 hours after completion.

The success stories on the path to CCIE exam have been increasing more and more each day, mainly due to the offer of mentoring and coaching programs that make it possible to reduce the preparation time for exams, giving a better direction to candidates. In addition, the availability of support material for study (handouts and books in electronic media) and the possibility of emulating the equipment involved in the exam through software that can be installed on a notebook and that are capable of run and emulate routers and switches or collaboration servers via virtual machines.

Upon obtaining approval, the candidate receives a number that gives him some advantages such as priority access to Cisco TAC (support) and incentives in discount programs for Gold partners, in addition to an acrylic plaque and a certificate. For this reason, Cisco Gold companies are keen to have as many CCIE professionals on their staff.

But it is not enough to just get certified; it needs to be maintained over the years and, for that, every two years it will need to be revalidated through a new execution of the “Written Exam”, and the execution of the Lab Exam is no longer necessary.

If you are interested in CCIE certification, come and interview us and participate in our mentoring and coaching program to obtain the most valuable certification in the IT market. 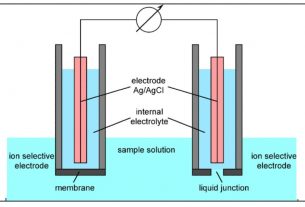 Main Equipment Used in the Measurement of Ise