In Catalonia, 772 cases of melanoma are diagnosed per year, one of the most serious types of skin cancer. According to data from the Department of Health of the Generalitat, 426 are diagnosed in women and 346 in men. It is a cancer with a low incidence, representing only 2.7% of all tumors in women and 1.5% in men. Despite this, melanoma is the most aggressive type of skin cancer and one of the ones that has increased the most in recent years.

On the occasion of the European Skin Cancer Prevention Day, which aims to raise public awareness about this disease, the Department of Health and other entities that work for the prevention of cancer warn of the risks of sunbathing and advise to protect yourself from exposure and use creams. “More than 80% of the cases could be prevented if intense exposure to the sun and skin burns were avoided,” they warn from the Government. Although the sun is often associated with skin cancer, Dr. Ramón Grimalt, a dermatologist and professor at the University of Barcelona (UB), explains to Catalunya Plural that what determines the risk of skin cancer is genetics above all, not just lifestyle. “With a certain genetics, the lifestyle influences,” he clarifies. For example, a person with brown skin, of Central African origin, can spend more hours in the sun and will not develop skin cancer. On the other hand, a Norwegian, explains Dr. Grimalt, who is two weeks each summer in Mallorca, for example, may end up suffering from the disease, since it is a group more predisposed to suffer from it, due to genetic factors. Exposure to the sun is a risk factor, especially for those people with a greater predisposition to have this disease.

This would explain why Australia is the country where more skin cancers are diagnosed, and that on the other hand this disease is less incident in regions such as Central Africa. “In Australia children who do not wear a cap are forbidden to go out to the playground,” explains Dr. Grimalt, who says that actions like this or distributing sunscreen are cheaper to the Government than the investment in health that must be made later to cure these cancers. The WHO warns that more than 90% of non-melanoma skin cancers occur in white-skinned people who have ever burned tanning. The main risk factors, in addition to sun exposure and genetics, are a family history of melanoma, or other chemicals such as tanning lights that work with ultraviolet A and B radiation.

Social factors: why do we sunbathe?

In India, where economic and political power was concentrated in British hands due to colonization, white-skinned people, skin bleaching creams are one of the best-selling cosmetic products, as is also the case in other Asian countries, such as Japan. “Being dark-skinned in these places is a symbol of low social class,” explains Dr. Grimalt. Beyond knowing the direct factors that encourage the appearance of skin cancer, the doctor talks about the social factors that exist beyond and that influence health.

Here, a few years ago, people with more economic capacity had more time to go to the beach or to do outdoor activities and that is why the darker skin color is associated with people with a higher standard of living. “It happens like with tobacco”, explains the UB professor, “before it was a sign of class and now it is rather embarrassing,” he says. It is about money and image and the same happens, he explains, with waxing or eating a lot, which causes obesity. “This is so because the benefit is immediate and the risk is hypothetical and very distant,” he points out. The 25-30 year latency for skin cancer, thus, the risks of sun exposure by people predisposed to skin cancer will not be seen for three decades. “

Due to these same social factors, he says that it may be that at one time, due to the arrival of people from the south in Europe, some young people prefer to be rather white and not brown, to make it clear that they are from here, despite having foreign origin . “It will happen the other way around,” explains Dr. Grimalt.

Recommend that people think that the “image is of each one and that it is something personal.” “If I want to live longer and in good health, it is better to protect ourselves from the sun, and the less creams the better,” he also recommends.

He prefers not to focus so much on the use of sunscreen creams, where there may be a business behind the industries that produce this cosmetic, but rather on avoiding sun exposure. “Not sunbathing means changing your attitude,” he clarifies. “The correct way to protect a child is not to take off his shirt on the beach and put sunscreen on him,” he adds, but rather, he says, to leave his clothes on. For this reason, in countries with strong solar radiation, such as Kuwait, he explains, most people go out into the streets covered.

What is skin cancer?

One in 99 women and one in 91 men in Catalonia will develop melanoma throughout their life, according to Salut. On the other hand, the WHO reports that between two and three million non-melanoma skin cancers are diagnosed per year worldwide and more than 130,000 malignant melanomas.

The cells that make skin color are called melanocytes, and they are found between the epidermis and the dermis, two layers of the skin. These cells make a substance called melanin that is responsible for the color of the skin, hair, and eyes. What melanin does is protect the skin from the harmful effects of the sun’s radiation. However, sometimes, the malignant transformation of melanocytes leads to melanoma, an aggressive type of skin cancer.

Apart from this, however, there are other skin cancers, cutaneous carcinomas that appear especially from the age of 50 in people with lighter skin.

Both types have a high survival rate, especially if detected early. According to the Spanish Association Against Cancer, they represent only about 0.1% of cancer deaths. “If they are caught in time, almost all of them heal,” Dr. Ramón Torné, specialist in dermatology, assures Plural Catalonia. What this doctor highlights the most is the importance of early detection. “Dermatologists recommend that in the event of any skin injury if it has not gone away in a month it is a reason for consultation, it does not have to be cancer but it should not be missed”, he advises. Skin cancer can be cured with surgery, CO2 lasers, topical immunomodulators, or other therapies.

How Fast Way To Cure Of ED Problem 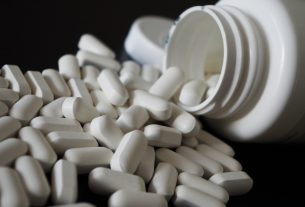 Everything You Need to know about Zopiclone 10 MG