The company recently presented its technological innovations, in addition to its extensive portfolio that now encompasses new lines of electronic security. Up to 80% savings in transmission and storage costs allows Hikvision new H.265 + compression technology, an offer that the company considers a great advantage over other options on the market.

This technology, developed by the company specialized in video surveillance products and solutions, is available both in the series Easy IP as well as in the Turbo HD 4.0; in the latter it is possible to reach resolutions of up to 8 MP. “I think that H.265 + is an important key for the electronic security market because one of the most important costs when doing any installation is the transmission and storage part. This makes Hikvision’s option, facing the market, the best and we continue to be leaders and expand in a market that normally grows from year to year,” said Andrés Vargas, Business Manager of the brand for Bogotá and the Eastern Zone of Colombia, during the celebration of the recent E + S + S International Security Fair in the capital of the South American country.

The company, which stands out for its continuous development of new products and technologies with more than 900 patents, promoted its equipment at this event thermal imaging, which may also include video analytics elements, such as line crossing, intrusion zones and thermometry. It use the latter to determine if there is an outbreak of fire in the monitored area, for example it is useful for government entities that want to have early warnings in public places.

Another of the novelties presented at the fair was the line of deep learning or, as it is known in English, Deep Learning, which according to Vargas means for the company to go a “step further” in analytics within the market through their specialized Hikvision CCTV cameras and NVR recorders.

According to the manager, with deep learning or neural network technology it is possible for a user to teach his video surveillance teams what he needs them to verify or do for him, according to his needs. An example could be that video surveillance equipment generates an alert when a couple of people loiter in an area for too long, or that someone withdrawing money from an ATM after 10 p.m. takes more than three minutes.

During the fair in Bogotá Hikvision launched its new product portfolios that involve areas other than video surveillance, such as access control systems, video intercoms, alarm or intrusion systems, among others. They also presented the end-user focused line ezviz .

Security and defense products for law enforcement and government

Additionally, the company introduced anti-drone equipment for air forces, drones, thermal and panoramic cameras, useful to preserve security in places with crowds of people, to its product lines. During the visit of Pope Francis, for example, the company provided several of this equipment to complement security during some of the mass events and displacements of the Supreme Pontiff.

Neural Labs recently expanded its portfolio with the incorporation of new traffic analytics that detect both the color and brand of automobiles (Renault, Nissan, Volkswagen, etc.), and will now also include the classification (motorcycle, automobile, truck, etc.) and also lane and direction detection. All these aforementioned analytics complement the most famous one that is plaque detection.

The announcement was made by Elías Valance, CEO of the Spanish company specialized in traffic analytics technology and access control systems, during the E + S + S International Security Fair recently held in.

At the event, Neural Labs also launched the camera All in one, which is capable of internally processing all the analytics mentioned above. This smart camera is a product that manufacturers especially aimed at the high-speed segment (from 140 km / h) and designed for places with little bandwidth availability. The addition of this new product to the Neural Labs portfolio does not replace the company’s philosophy of using standard network video cameras from various manufacturers, but rather meets a particular need for high-speed scenarios without communications.

Valance reported that the company will continue to focus in the coming months on the development of second and third level analytics around automobiles, both inside and outside of them, to process, through the use of data mining, elements such as, for example, improper turns, invasions of zebra crossings, abnormally slow vehicles, among others.

Neural Labs will continue to offer its traditional courses and certifications in plate recognition technology for traffic analytics and access control, programs that are manufacturers teach its clients, fundamentally integrators.

The CEO commented that these courses teach “in which sectors analytics can be applied, its basic concepts so that people learn to design an LPR system, what cameras, lenses and bandwidths they can use. The idea is to put a bit of method in this world of LPR where there is none. We want to teach that you do not have to invent anything, because inventors have invented everything; there is a scenario and a solution”, he concluded. 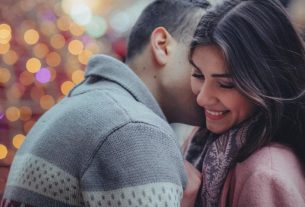 You Must Needed Space in A Relationship 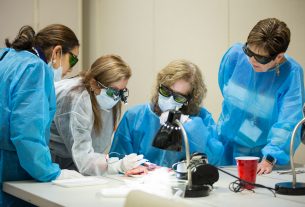 5 Best Online Dental Laser Certification Courses That You Should Take 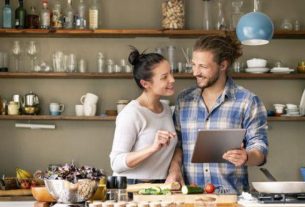 Tips And Privileged insights To Be a Superior Cook Today!